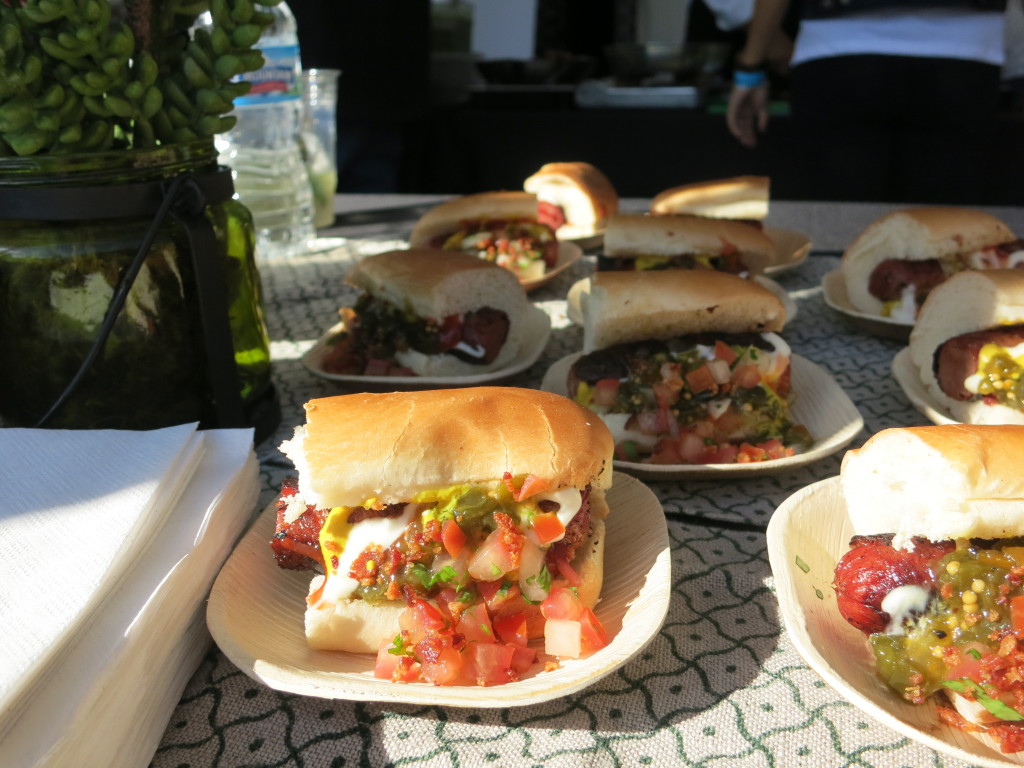 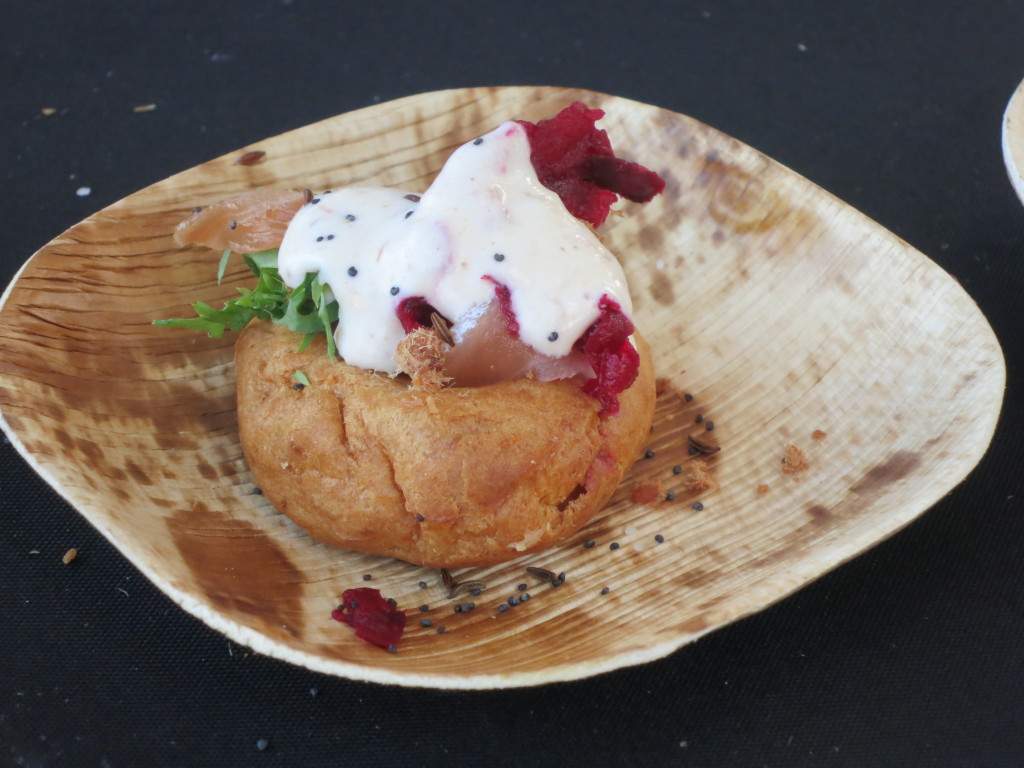 I went to a fabulous foodie event Sunday night called Fashion Rocks, held at BellyQ. Over 20 of the best Chicago restaurants were under one roof with “fashion installations” by Haberdash, which is a local men’s clothing store in Chicago. What is a fashion installation you ask? Well, it’s a bunch of beautiful men who stand and pose in different scenes and outfits during the night. When I first arrived, they were holding guitars, and I asked “Are you going to play those, or are you models” and they said “We are models” – so of course I had to take a picture. They always looked away from the camera. Fierce!

The proceeds of this event went to Common Threads (my favorite charity), and the West Loop Community Organization. Some of the Common Threads kids were helping the chefs out and they were SO CUTE with their full-sized Haberdash ties. The event was very well attended, and included some of Chicago’s best chefs and food bloggers.

Now on to the food. My top 4 favorites are below:

Pleasant House Bakery with their meat pies – definitely a place that I need to visit in the future. I tried the Steak and Ale pie, the Chicken Balti (which was like a curry chicken, and my favorite), and the Mushroom and Kale pie.  These items are also on their menu at the restaurant. The pie dough was so flaky and delicious, and the owners were incredibly nice and down to earth – like the people next door.

Pecking Order served up a Caramelized Chicken and Garlic Rice dish. Very flavorful and comforting. It was like a hug in a bowl. I talked to chef Subido, who said that this item is on their brunch menu, but without the egg. I’ve been there for Sunday brunch and it is a nice alternative to a traditional brunch – very flavorful with different kinds of dishes that you won’t find anywhere else.  Turns out that Pecking Order is now offering brunch on Saturdays, and they have updated their brunch menu, so I’m due for another visit.  See for yourself: http://www.peckingorderchicago.com/

Antique Taco – This is my second time trying Antique Taco at an event (Also tried them at the Common Threads World Festival), and it’s official. I need to go there. ASAP. They served a Crispy Duck Flauta that was very well seasoned and had some flavorful surprises. Plus, I like their logo.

Frontier – Frontier is known for serving different kinds of gamey meat like Rabbit, Alligator, Antelope, and Kangaroo (yes, Kangaroo).  I chatted with Executive Chef Brian Jupiter who is from New Orleans, where he first started cooking different kinds of meats. Most of the meats served at Frontier are local (i.e. the rabbit was from IL) and they cook all of these different kinds of meats in an approachable way, so that they don’t scare people away.  If these items are a bit much for you, the menu also includes a nice mix of foods that you are used to eating.

I tried the Rabbit Etouffee at the event, which was really delicious – the flavors were well-balanced and I would have never known that I was eating rabbit. I could have easily been fooled into thinking that it was chicken.

Frontier also has brunch on Friday, Saturday and Sunday, so they are definitely on my “must visit” list. since brunch is my favorite meal of the day.  One item on the brunch menu that has caught my eye is the fried rabbit and cornmeal waffle dish with spiced pear butter and habanero maple syrup. I also have my eye on the bananas foster French toast and the Praline Pancakes – I know that they will be good since chef Jupiter is from New Orleans.

*I also learned that Frontier has a large enclosed patio, which will be great spot for the spring and summer.

I really enjoy going to these events because I can have a little taste of different restaurants and then visit the restaurant later if I like what I taste.  Great event for an amazing cause. Bon Appetit!